After a tough 1-3 Wildcard round, I bounced back with a 1-3 Divisional Round to sit at 4-4 overall. Here’s my prediction bracket with my reasoning below: 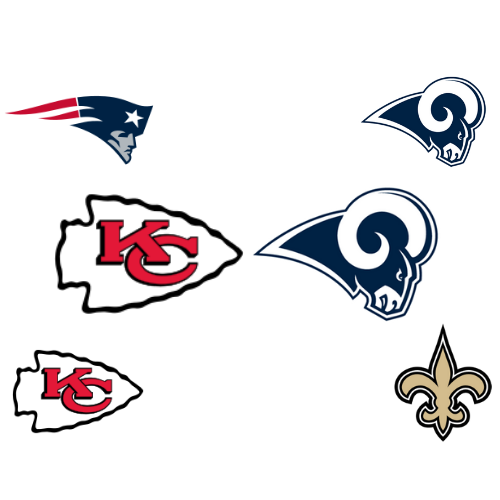 Kansas City Over New England: I mentioned last week that betting against New England at home in the playoffs is a dangerous act. Luckily for Kansas City, they’re the #1 seed so New England will be on the road where they haven’t been nearly as dominant. In the Brady-Belichick era, the Pats are 8-7 in playoff games on the road or at a neutral site (the Super Bowl). They also went just 3-5 on the road this season. Kansas City went 8-1 at home this year, plus you know, they have that Mahomes guy that’s taking over the league. I don’t think New England will have much of an answer for KC’s offense. I also don’t think KC will have much success on defense against Brady and company. I think this will play out a lot like their regular season game where 83 points were scored. It’s a tough game to pick but I’ll go with KC by a field goal.

Los Angeles over New Orleans: Much like my thoughts on the game above, I find this to be a tough game to call where a lot of points will be scored. Winning in New Orleans is a tall order, but I think if the Rams stick to their game plan from a week ago, they’ll have a good chance to win. That means running the ball a ton, and controlling the clock. As tough as New Orleans can be to run against, Rankins being out will make it a little easier, and the 1-2 punch of Gurley and Anderson looked deadly last week. I think New Orleans will score their share of points, just not quite as easily as when these teams met in the regular season as Talib makes a big difference in LA’s secondary. Rams by a field goal in this one.